Cree Lighting is a market-leading innovator of LED lighting and semiconductor solutions for wireless and power applications.

Cree engaged Signal to develop microsites targeting specific vertical market segments with information on relevant high-value product SKUs. They were seeking new approaches in marketing and lead generation, especially under pandemic restrictions for sales teams and outreach. Each segment’s landing page was rich with targeted content, from videos to case studies and interactive guides. See the microsites for Healthcare, Petroleum, and Education.

Integrating with the Cree’s Pardot marketing platform, we created a series of 4 to 5 emails for each industry segment, aimed to gain trust, provide greater visibility to content previously buried within the larger brand site, and to create opportunities to enter the sales funnel at different sales cycle conversion points, through remote demos and webinars, strengthening the lead scoring for prospects and newer audiences that were now working remotely.

Due to the landscape at the time, Signal helped develop priorities in healthcare campaigns first, then education with the shift toward getting students and faculty back into classrooms. With gas station/convenience store audiences being more of a mainstay, we timed design and development to coincide with the industry’s virtual conferences over the summer months to help prospects engage with the brand, as if they were at the show.

We provided content development and art direction as well as coding and development for the client to execute distribution and tracking/analytics. Cree Lighting has focused on new technology and transformation in LED lighting products for decades. When they needed a new microsite to help launch their innovative Cadiant Dynamic Skylight, they reached out to the Signal team. The client’s goal was a dynamic, stand-alone microsite to break the current branded mold they’d created.

Our team developed a memorable, interactive site for clients and prospects, one designed to convey a refined and elevated aesthetic that architects and lighting designers are accustomed to. Features include:

Analytics are fully integrated into the website and a custom dashboard reports performance in awareness, engagement and conversions. Eastern Skateboard Supply is the leading skater owned and operated B2B wholesale distributor in the industry. As skaters and surfers themselves, they pride themselves on knowledgeable customer service and a comprehensive selection of more than 11,000 products.

Our team redesigned the site to improve the user experience (UX) and shift to a more modern e-commerce framework, with helpful features that today’s customers expect. We polished the messaging and gave the site a sleek, modern design full of color and engaging imagery. From a technical perspective, Signal integrated Eastern Skateboard’s enterprise resource planning (ERP) system with a new e-commerce platform, Magento. The result was a seamless connection between technologies, syncing customers, orders and inventory. Current customers have been largely unaware of relevant offerings available or where to find the information they need to take advantage. They have tended to learn of these upgrades through interactions with their GE sales reps. Given the number of solutions, it’s difficult for customers to understand what’s right for their equipment based on their business KPIs. Customers need proof points (such as ROI) to understand the value of CM&Us and help them sell the idea and value internally.

GE Power’s goal was to drive awareness and purchase of upgrades for aeroderivative gas turbines and leverage the tool as part of a lead generation campaign to generate and track engagement with the tool and promote awareness of GE solutions.

We employed an agile development methodology that included the following:

The new upgrades tool provides clarity around the available catalog, allowing customers to self-select the performance measures most important to their business needs and arm themselves with price estimates to shorten the sales cycle. This has resulted in making conversations with sales and technical experts more direct, relevant and efficient. Currently, a lead generation campaign is underway to drive more customers to the tool. Bald Head Island Limited Real Estate Sales is known for its stunning properties and attracting homebuyers who want to savor life on “island time.” Entering into 2018, the company was looking to increase awareness of the island as an exceptional location to own a second home and looking for unique and targeted opportunities to set the island apart from alternative locations for a second home. They were also looking to drive more leads to the website through targeted digital campaigns, and to nurture marketing leads and increase sales.

The company has two websites: the main Bald Head Island vacation & rentals site, and a dedicated Bald Head Island Real Estate sales site. When analytics showed that many leads were coming in via the real estate site, our client contacted Signal for a site redesign to elevate the real estate to be as inviting and evocative as the main site. Signal edited the site copy, helping to infuse it with the color and charm of the island. Our team redesigned the entire real estate site, including standout photography, graphics and typography – as well as custom interactive features and responsive design.

We had seen great success from Facebook advertising, but in quick one-off campaigns. Having first proven the value of this channel and its potential for driving awareness and top of the funnel leads, we were able to re-allocate budget and make Facebook Ads a part of their ongoing marketing mix. We promoted blog articles, island events and even specific property listings.

Despite the island being hit by potentially devastating hurricanes in 2018 AND in 2019, we saw the following: The North Carolina Medical Society (NCMS) is the largest physician organization in North Carolina, devoted to representing the interests of physicians and protecting the quality of patient care. Established in 1849, the NCMS has more than 13,000 members.

The NCMS reached out to Signal to design a campaign to tie in with the observance of National Doctors’ Day on March 30. The NCMS wished to take the opportunity to make North Carolina doctors feel appreciated and remind them of their invaluable contribution to their state. The objectives of the campaign were to create excitement and give patients, health care staff and members of the public an opportunity to express gratitude to NC physicians and “show them some love.”

The Signal team brainstormed a number of campaign concepts and decided on a new, homegrown tradition: North Carolina Doctors’ Day. To mark the event, the team recommended that the NCMS sponsor a 2015 North Carolina Doctor of the Year Award, allowing patients and the public to honor great physicians. The NCMS would also donate a $5,000 grand prize, to be used to further the winner’s professional mission.

The Signal creative team developed a NC Doctors’ Day logo and the tagline: “Great doctors. Grateful patients.” The messaging captured the open, appreciative and social nature of the event – and created alignment across multiple channels.

Signal created a dedicated website, www.ncdoctorsday.org, for the event. The website educated visitors about the event and the NC Doctor of the Year Award. It also allowed members of the public, patients and colleagues to nominate doctors for the award using a quick form. It also featured profiles of the top ten finalists that visitors could vote on – and announced the winner on March 30.

The site was done in the same fresh, fun color palette and look as the logo. It also featured a social “Wall of Gratitude,” showcasing the latest posts, tweets and news about NC Doctors’ Day – all in real time.

The Signal team created Facebook and Twitter pages to promote the day, gather nominations for the award and votes for the finalists. They also put together a detailed social strategy for the NCMS team to deploy, which included a weekly editorial calendar of posts, tweets and ads.

The NCMS partnered with a number of co-sponsors – organizations in the medical and healthcare industries – to increase awareness about the event and create buzz. To support the partner component of the campaign, Signal created a customizable partner toolkit, containing information on the event, key messages – and sample posts, tweets and press releases. The toolkit was featured as password-protected content on the microsite and it also included downloadable graphics for partners to use. XiLi Mobile is a software-as-a-service real estate tool that uses mobile technology and automation to connect home buyers to relevant listings. From anywhere in the U.S., buyers can send a text message and immediately receive a personalized URL to view listing information for nearby properties for sale. In addition, buyers can connect with the associated sales agents via SMS.

Real estate brokerages pay a subscription fee to have their listings given featured priority in XiLi’s database and to receive leads via SMS. Text messages create the opportunity for immediate dialogue between buyers and agents.

XiLi Mobile is web-based – not a native app – and features a simple and sleek user interface with a responsive design that is optimized for any browser-enabled smartphone. Working with Syngenta to launch the #NotAfraidToWork campaign sponsored by celebrity Mike Rowe, G&S Communications partnered with Signal to build a unique digital and social experience – something different and engaging that would impel users to share photos and stories about hardworking people and tools.

The key was to create a site that was user-friendly. It had to be easy for people of all ages and backgrounds to participate. With Syngenta’s goals in mind, Signal designed a website that creatively incorporates user-generated content, along with clearly communicating  important contest and product information.

Within two weeks of the launch, hundreds of users had submitted their photos. At the completion of the 7-month campaign, Syngenta selected winners for numerous prizes in recognition of their hard work. 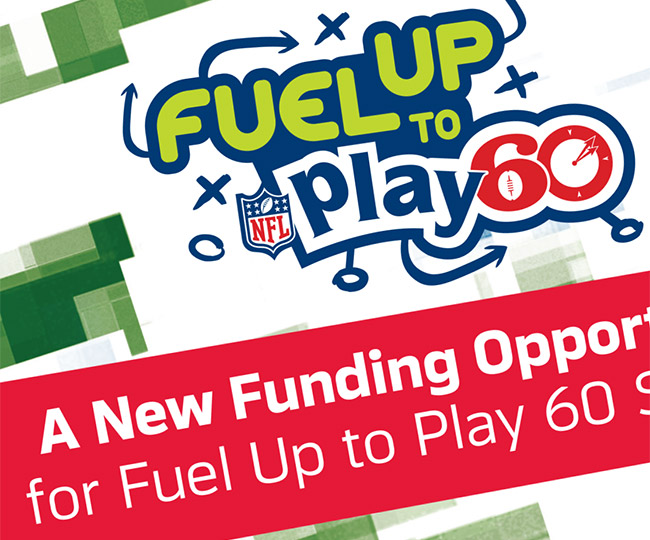 Fuel Up to Play 60 (FUTP60) is a program founded by the National Dairy Council (NDC) and National Football League (NFL) that supports health education in schools. BRAX Fundraising partnered with FUTP60 to create a new fundraising initiative targeting an audience of school administrators and parent associations who are interested in new fundraising sources but difficult to reach.

Signal was brought on board to help develop the new fundraising initiative called Fuel Up Cups. A microsite using national FUTP60 branding was launched with a focus on lead generation. We developed materials communicating with various stakeholder groups, including school leadership, parents, NDC reps, regional dairy council personnel and the BRAX sales team.